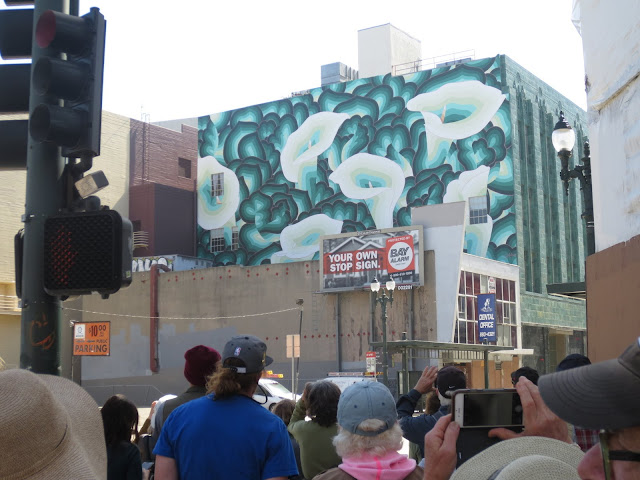 Saturday was a walking tour of some of the murals downtown, organized by Oakland Urban Paths and our parent organization, Walk Oakland Bike Oakland, and led by local artist and organizer Sorell Raino-Tsu. The walk was originally scheduled for March, but rescheduled for this month because of the weather. And the weather definitely cooperated—it was warm and sunny, not too hot, perfect for a walk around downtown.
After an introduction and safety reminder by WOBO president Chris Hwang, Sorell led us up Telegraph to view the first mural.

On the back of the Cathedral Building is the United Nations Mural. Sorell told us about the challenges in getting permission (separate permission for every floor of the building) and painting it (the height caused the crane to start tipping). And in an echo of the past, the mural was originally intended for San Francisco. But the artist Zio Zigler wanted to do it in Oakland, and Sorell helped make it happen. The mural was probably intended for San Francisco because that’s where the United Nations Conference on International Organization was held in 1945. But in 1966 when it came time to fly the UN flag, San Francisco said no, and the flag ended up in at Jack London Square in Oakland.

Then it was up a ways and over to Broadway to view another large piece, by far the largest of the Beacon Mural Series by Joshua Mays. On 19th near Flora is a smaller piece by Argentinian artist Pastel (aka Francisco Diaz), featuring his trademark deadly flowers. On Thomas L. Berkley Way on the back the I. Magnin building is a large, striking mural of flowers by Jet Martinez. it’s painted in shades of green to echo the green terra cotta tiles of the building shown at the start of the post. On Franklin St. there are two notable murals on opposite sides of the same building: Water Writes on one side, painted by Estria and crew, and a striking human rights mural on the other, painted by Ricky Lee Gordon from South Africa. Over on Webster, there’s a combination fence and ground-based mural by Brett Flanigan. Brett broke his foot during the painting, and finished the job with help from others while he was in a wheelchair!

Near 19th and Webster is a large mural sponsored by the Oakland A’s, painted by Illuminaries. Going down Webster a bit we passed a temporary mural by Sorell on a construction fence. Across the street on the back of Howden Market is another piece by Zio Zigler. It was painted shortly after he broke up with his girlfriend, and so fittingly, it features a man with his heart being ripped out. A couple doors down on the side of the former Oakland Business and Professional Women’s Club building is a piece by Irot. And across the parking lot is a work in progress called Elevate. And next door to that was our final mural, a somewhat disturbing rabbit mural painted by Nychos, an artist from Austria.

Thanks to WOBO for organizing the walk, and to Sorell for sharing his knowledge!

See the Athen B Gallery website for lots more photos, including some of the murals in progress.
See here for more photos from the walk. 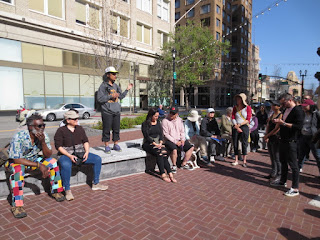 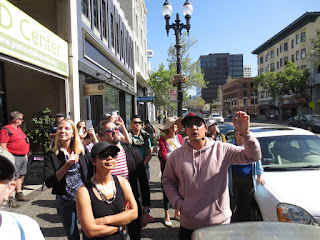 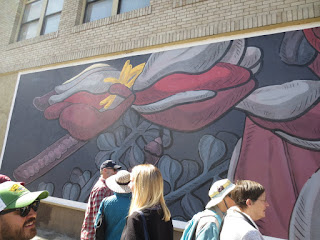 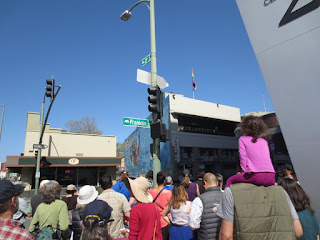 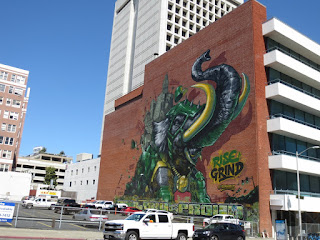 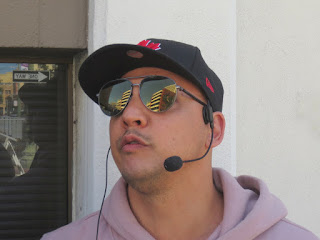 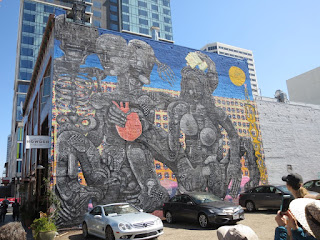 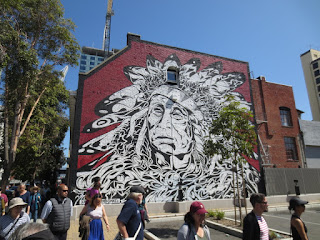