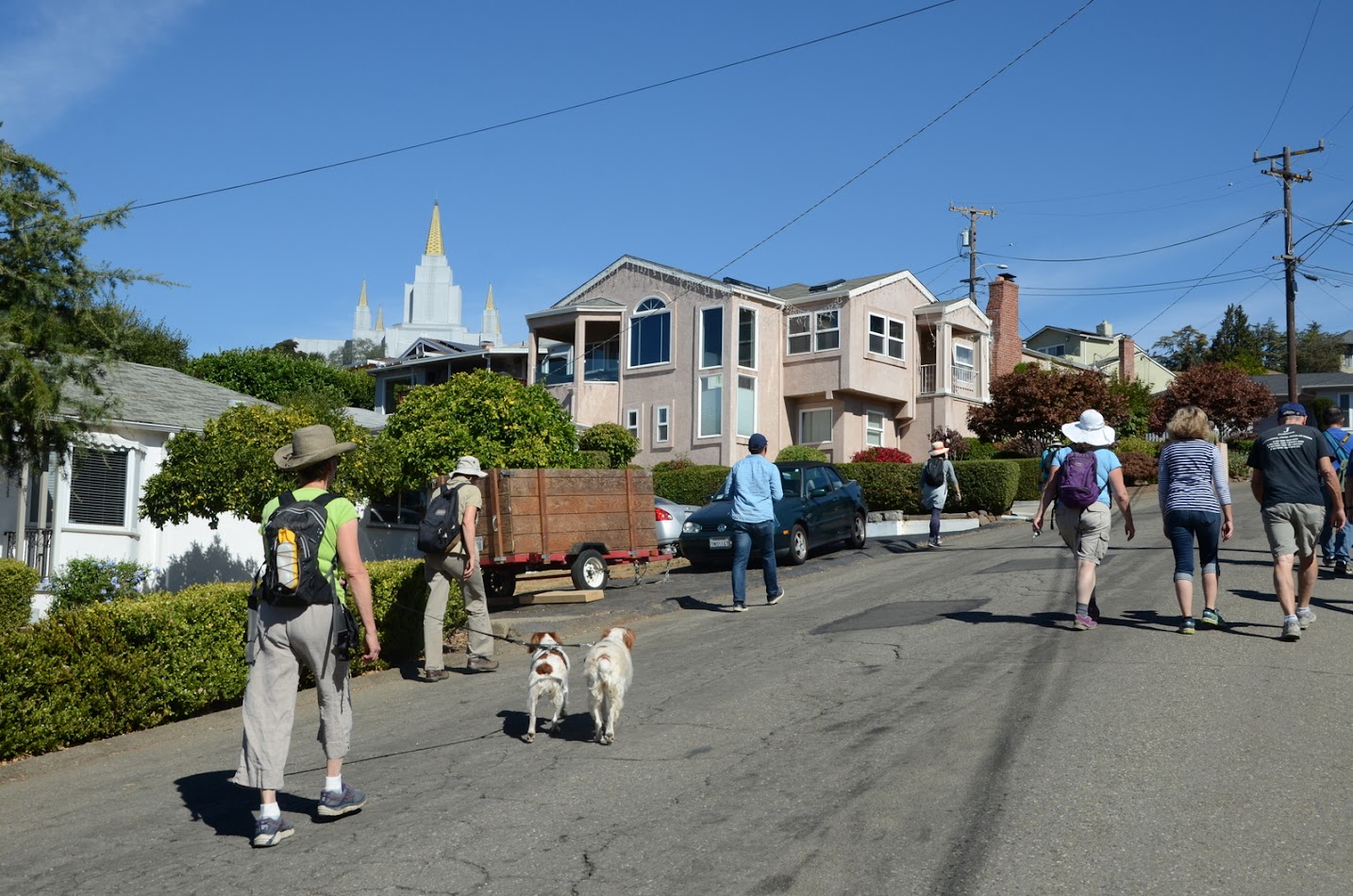 On Saturday, local historian and author Dennis Evanosky led Oakland Urban Paths on a walk exploring the Hayward Fault, as well as some other interesting bits of geology between the Redwood Heights Recreation Center and the Mormon Temple. We’re in the early stages of using a registration system to get a better handle on the size of the walks, so instead of 125 people like we had a couple years ago when Dennis last led this walk for us, we were closed to a much more manageable 60 people (and 2 dogs).

We started at the rec center, then went past the nearby Redwood Heights Elementary School. Unfortunately, after the school was built, a trace of the fault was found to be very close by. To comply with a state law that wasn’t yet in effect regarding the minimum distance between fault lines and schools, they tore down the multi-purpose building and removed part of the main building that was too close.

We also looked at a sag pond which is now an EBMUD reservoir, learned about 35th Avenue’s role as a way to transport redwoods from the hills down to the harbor, and talked about the Gold Star Streets which were named for locals who died in WWI.

Along Rettig, we walked a peaceful stretch of road beside a stretch of Peralta Creek. It’s peaceful because a landslide shut off access to the road, and it was decided to keep it closed after the cleanup.

After some climbing, we came to the site of the London Road Slide. This slow-moving slide in 1970 destroyed a section of London Road, along with 14 houses, but it could have been a lot more spectuclar because of the jet fuel pipeline that used to run through the area.

More climbing took us to the Mormon Temple, where we saw groups from several quinceañeras (a Latina celebration of a girl’s 15th birthday) getting their pictures taken, and the beautiful gardens and fountain on the temple grounds.

Thanks to Dennis for leading the walk, and to everyone who came out for it. And thank you for your patience as we figure out the registration system. November’s walk will be “Buffers and Boundaries,” led by Ruth Miller. See the walk calendar for more information, and hope to see you on the paths! 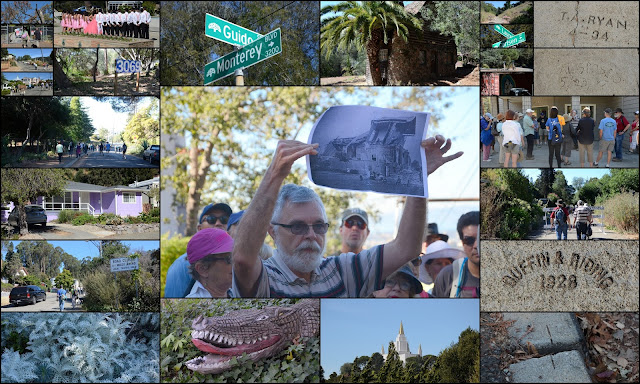