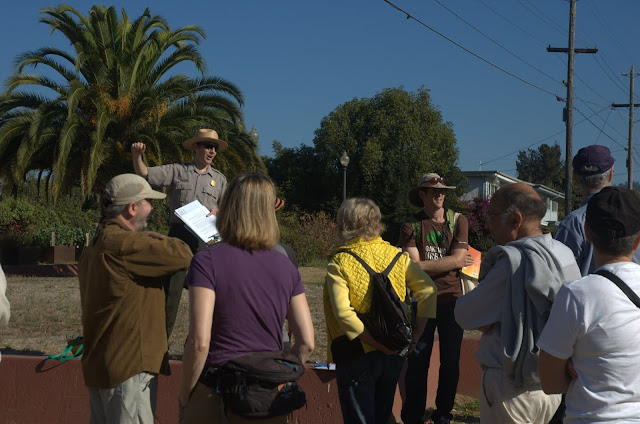 Earlier this month was a special Oakland Urban Paths walk put on in conjunction with the National Park Service. The tour featured the Juan Bautista de Anza trail, the route taken by some of the first European settlers in California. In 1775-1776, Lt. Colonel Anza of the Spanish army led more than 240 men, women and children 1,200 miles from what is now Mexico to Alta California here in the Bay Area. Prior expeditions had all been explorers, soldiers and priests, but these were some of the first families to settle. 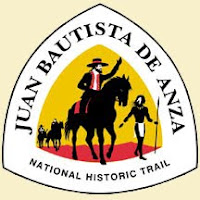 We started the tour at Peralta Hacienda, which was fitting because Luis Peralta came to California on that expedition as a teenager. The tour was led by NPS ranger Hale Sargent, who handed us cards representing the settlers. And with a call that would have been familiar to the settlers, “¡Vayan Subiendo!”, we were off. We crossed Peralta Creek and headed southeast to Courtland Creek. 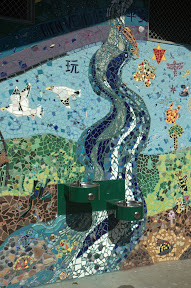 Then it was up over the hill to Mills College. There we met up with local historian Dennis Evanosky, who told us about an earlier exploration by the Spanish. Captain Don Pedro Fages led six “bluecoat” soldiers and a muleteer. They camped at what is now Mills College, and were the first Europeans to see the entrance to the Golden Gate from contra costa, the opposite shore.

We returned to our starting point via the Laurel (where the Laurel Book Store had hosted a talk by Hale and Dennis earlier in the week) and Allendale. It was a long walk, but all the people and dogs managed it. The day wasn’t over yet, though. Peralta Hacienda graciously opened their doors earlier than usual, so people who were interested could get a tour there to learn more about the Peralta family and the current community surrounding the museum. Another great OUP walk, and special thanks to Hale, Dennis, the Peralta Hacienda, and the Laurel Book Store!