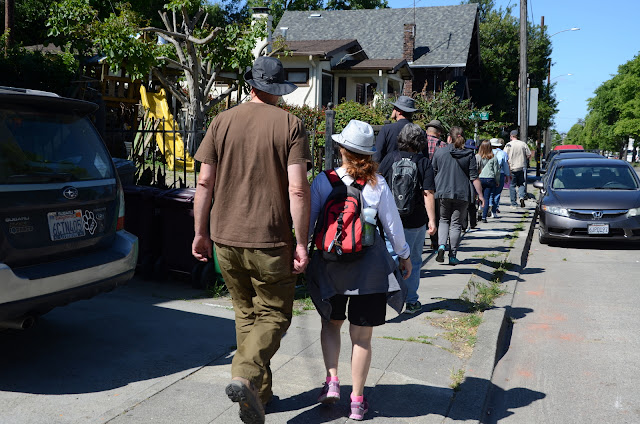 Saturday a group of about 30 people gathered for an Oakland Urban Paths walk exploring some of the stairways and pathways near Highland Hospital and the Central Reservoir.

We started at Highland Hospital, where Paul told us a bit about the hospital (built 1927, designed by Henry Meyers; grounds designed by Howard Gilkey) which was built as part of a countywide plan for health care. After a look at the old Key System stop in front of the hospital, we crossed 14th Avenue to our first set of steps.

Our route took us up and down the hills, and past numerous beautiful Victorians, including the Whitaker House, designed by prolific architect Charles Mau, and the John C. McMullen House.

The next stops were the Central Reservoir and then William Wood Park, which are strangely linked. The reservoir was built by the People’s Water Company (one of the predecessors of EBMUD) back in 1910. Seepage from the reservoir and undercutting from nearby Sausal Creek led to a major landslide in the 1950s. That destroyed some homes and closed McKillop Road, and eventually the land was turned into Wood Park. More recently, undercutting from Sausal Creek has led to more slides in the area, but it appears to have come through the rainy 2016-2017 winter OK.

A quick trip across 580 to the Altenheim and then back across 580 took us down the other side of the Central Reservoir, then past the Manzanita Recreation Center and back to our start near the hospital.

A long but great walk. Thanks to Paul for leading us and Charlie for being the sweeper. Next up is a special walk in conjunction with the Oakland Walking Tours program. This Saturday, May 20th, we’ll be doing an extended version of the Chinatown tour in honor of Asian Heritage month. More info here.

More photos from the walk can be seen here. 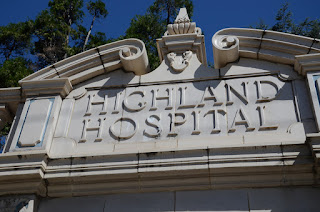 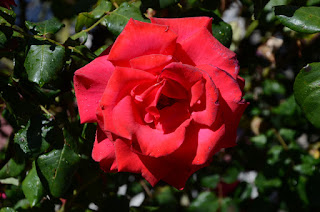 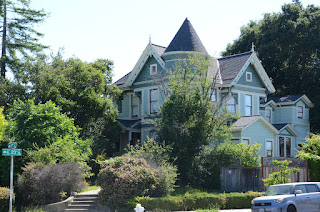 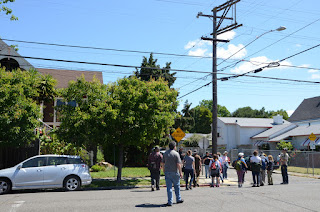 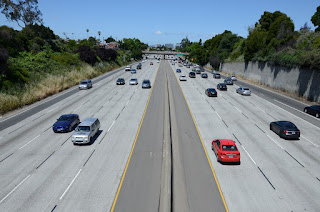 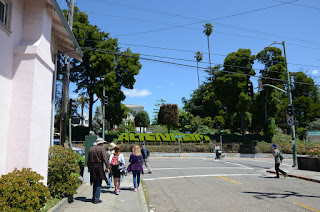