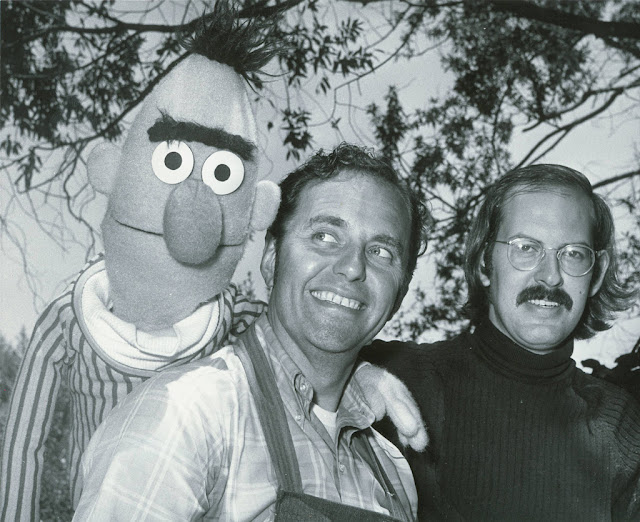 Saturday we had perfect weather for an Oakland Urban Paths walk focused on some of the people in my new book, Legendary Locals of Oakland. The book has profiles and images of 180 of the people who have shaped Oakland over the years, both historic and contemporary. About 70 people and 6 dogs joined us to explore Lakeside Park and Adams Point, and learn about a few of the people in the book.

We started near the Rotary Nature Center where I talked about Lake Merritt being the oldest wildlife refuge in the country, dating back to 1870, even before the National Park System. To protect birds, neighbors, and property values, Dr. Samuel Merritt lobbied California governor Henry H. Haight to make the area surrounding the lake into a wildlife refuge. Nearly 80 years later, Paul Covel was hired to be the first municipal naturalist in the country, who taught countless children I also talked a bit about current naturalist, Stephanie Benavidez, who’s not in the book but is a legendary local, too.

I also talked about mayor Melvin Chapman and Oakland founding scoundrel Edson Adams (along with Horace Carpentier and Andrew Moon). In the Gardens at Lake Merritt, we talked about WWII internee Frank Ogawa, namesake of the garden center Marsha Jean Corprew, world-renowned music producer Harold Lawrence, and Calvin Simmons, the first black conductor of the Oakland Symphony Orchestra. We could see the bandstand across the way, and I talked about Fred Morcom, mayor of Oakland and namesake of the Morcom Rose Garden,

At nearby Children’s Fairyland, there were a lot of people to talk about: Oakland Parks superintendent William Penn Mott, Jr., puppeteer Frank Oz and master puppeteer Lewis Mahlmann (both pictured above with Oz’s character, Bert of “Sesame Street”), restaurateur and inventor of the mai tai “Trader Vic” Bergeron, and businessman Joe Shoong. 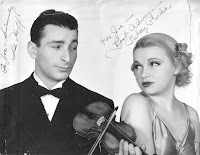 Near Lake Merritt I talked about then-mayor Jerry Brown and the story of Measure DD that brought about the improvements to the lake, and about industrialist and healthcare creator Henry J. Kaiser. Over on Webster, I told people Sid Hoff and the Ali Baba Ballroom, and 3-time restaurateur James Syhabout of Hawker Fare, The Dock at Linden Street, and the Michelin-starred Commis.

Over on Broadway, we stopped in front of The Hive. There I talked about legendary newspaperman Robert Maynard and his wife Nancy, one-time owners of the Oakland Tribune. One of the buildings that makes up The Hive is a former automotive business designed by Oakland architect Julia Morgan, better known for designing Hearst Castle. Someone asked about the church that had been where the YMCA building across the street now stands; that was the First Methodist Church, which was destroyed by a spectacular fire in 1981.

At 27th Street we stopped between the First Presbyterian Church and Temple Sinai. Connected with the former are Henry Durant one of the founders of the University of California, and Laurentine Hamilton, who was charged with heresy and left (along with much of the congregation) to form what became the First Unitarian Church. Members of Temple Sinai include writer and art patron Gertrude Stein, of the infamous but misunderstood “there is no there there”, and Rachel “Ray” Frank, the “girl rabbi of the Golden West”, whose students included a young Gertrude Stein.

Walking up 28th Street we climbed our first set of stairs to Hamilton Place. Down Harrison took us to the First Congregation Church. Notable members included “Borax” Smith, borax miner and creator of the Key System, and his first wife, Mary R. Smith, who started an orphanage for girls. (The walk in February will focus on Cleveland Heights and “Borax” Smith.)

Across Harrison we climbed another set of steps to Vernon Terrace and Vernon Street. There we saw the home of judge and Chief Justice Earl Warren. He was head of the U.S. Supreme Court that ruled on the historic Brown v. Board of Education which banned segregation in public schools. As California District Attorney, Warren had been”the moving force” behind the WWII internment of Japanese Americans, but he later said he deeply regretted that. 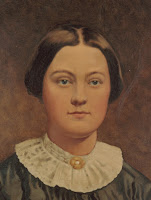 The next streets we went past included Adams Street, named for Edson Adams, and Jayne Avenue, named for his wife, Hannah Jayne. She was Oakland’s first, and for a time, only teacher. I talked briefly about Alice Street downtown, named for the sister of Horace Carpentier, Alice Carpentier.

With a large group on the walk and so many people to talk about, we didn’t have time to go over to MacArthur Blvd., but instead we walked to the back side of Temple Beth Abraham. It’s named for Abraham Bercovich. His brother Edward Bercovich and later his nephew Sam Bercovich ran a furniture business, and supported youth athletics in the East Bay. Many of the athletes went on to college and pro careers, including baseball player Curt Flood. His refusal to be traded by the St. Louis Cardinals led to free agency in sports.

Our last stop was at the home of Rose and Joe Shoong, founder of National Dollar Stores. To keep the connections going, the home was designed by none other than Julia Morgan.

A great walk—thanks to everyone who came out for it, and to everyone who bought a book! Special thanks to Alan Forkosh and Paul Rosenbloom for the use of some their photos, thanks to whoever carried the speaker, and thanks to volunteer Charlie Lenk for helping with all sorts of stuff. More pictures from the walk: