Saturday we had amazing weather for an Oakland Urban Paths walk exploring Cleveland Heights and the nearby former estate of F. M. “Borax” Smith. This was a good follow on to last month’s walk in the former town of Brooklyn just south of Saturday’s walk. 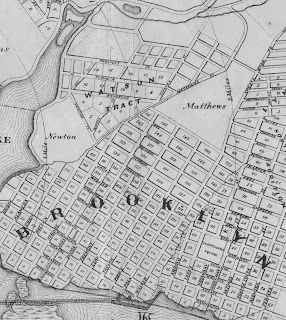 I also promised to provide a map in lieu of the one I didn’t have ready for Saturday. Here’s a link to a Google map with our route shown, but also some of the points of interest along the way, and as an added bonus, it also shows the approximate bounds of the Smith’s Arbor Villa estate and of the Mary R. Smith Home for Friendless Girls.

We started the walk at the Cleveland Cascade, designed by landscape architect Howard Gilkey and built in 1923. It was likely shut down during WWII, but was reactivated after the war. At some point it was turned off, fell into disrepair, and became overgrown and full of trash. In 2004, a group of neighborhood volunteers including Barbara Newcombe uncovered and cleaned up the cascade. Since then they’ve put in new railings and lighting, and are raising money to restore the water portion of the cascade. If you want to help, the Friends of the Cleveland Cascade has garden work parties on the first Saturday of each month. 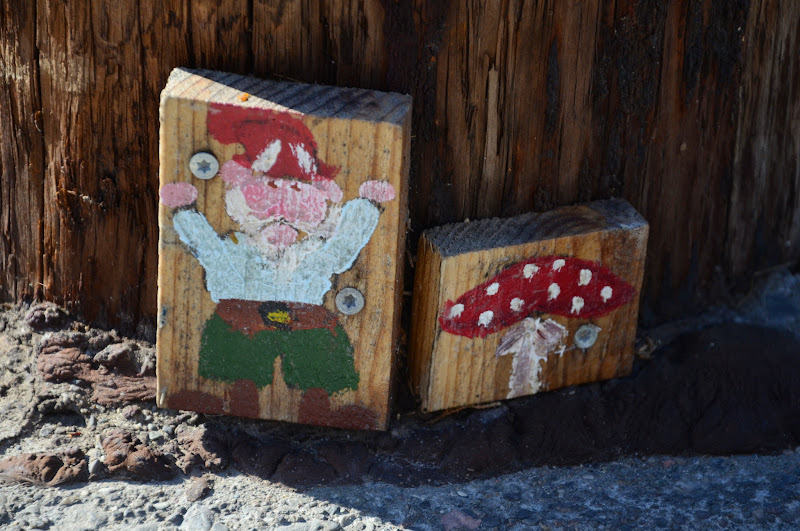 From there we meandered across Cleveland Heights, keeping an eye out for gnomes, sidewalk stamps, murals and other things. We eventually crossed over Park Blvd. into the Ivy Hill neighborhood, and what was once the estate of “Borax” Smith, Arbor Villa. While the 42-room Oak Hall, gardens, out buildings and observation tower are all gone now, a row of palm trees marks one edge of what was once the estate. Seeing an old palm tree in Oakland is often a good sign that someone notable lived nearby, but the Arbor Villa palm trees are the best example.

Then it was back across Park Blvd. and along some buildings that are left from the Mary R. Smith Home for Friendless Girls. Frank’s first wife, “Mollie”, was inspired by Benjamin Farjeon’s Blade O’ Grass about orphans in London, and started an orphanage for girls. One of the “cottages” is an impressive structure at 3001 Park Blvd., which was designed by noted architect Julia Morgan. Our route back to the Cleveland Cascade took us past a home once owned by industrialist Henry J. Kaiser, some stairs at the end of Haddon Rd. that are no longer accessible, and down some beautiful stairs to Beacon St.

Another great walk! Thanks to everyone who came out for the walk, and to Tim for carrying the speaker. In March, we’ll have two walks, our regular second Saturday walk (location to be determined) and a special Women’s History Walk led by local historian and writer Annalee Allen. Hope to see you there!

Lots more pictures from the route (some taken during the test walk):